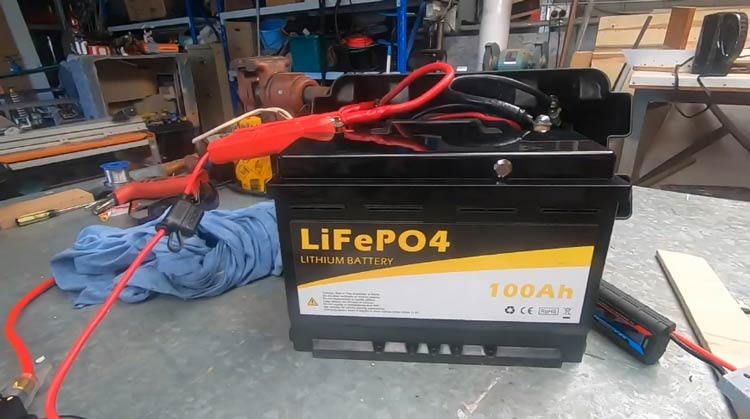 Lithium-Ion Batteries are immensely popular in the world of advanced battery technology at present. It’s mainly because of the high quality and durability of the battery available at a very reasonable price.

These batteries work well over a longer period than most other types of batteries. However, at some point, your Lithium-Ion battery can also get damaged with time. Then the question arises, how do you tell if a Lithium-Ion Battery is bad?

Well, to know that, you’ve to go through the following aspects stated below. So, without further delay, let’s get into the details.

How Do You Tell If A Lithium-Ion Battery Is Bad?

A battery’s capacity means how much and how well the battery can power a device. When a lithium-ion battery is damaged, it loses its capacity to power the dedicated device as it used to.

While using the device, you’ll know by yourself that your battery isn’t holding as much power as before. For accuracy, you can use a multimeter, connect it to the battery, and practically check the reduced capacity.

If you see the capacity doesn’t match the specs from the manufacturer, it means your lithium battery is damaged. Sometimes, you get a slightly different capacity measurement.

In that case, it’s not always the battery that has gone bad. You can still use it and fix the issue with some DIY.

Every battery has its voltage stated clearly in the specs. After a certain period, it’s normal for the voltage to decrease. However, it doesn’t happen overnight. With regular usage and passing the time, the drowning takes place.

When the voltage is too low, the battery can no longer produce enough power to work for your device.

For instance, if you take a 4.2 Volts lithium-ion battery, use it. Over time it can decrease to 3.7 Volts and still perform well enough to power up your device. Later on, it can drown to 3.4 Volts.

At this point, the device won’t run properly or stall while running with this voltage. When the battery comes down to 3.0 Volts, it is practically considered a dead battery then.

To check the self-discharge rate, measure the charge capacity using a suitable tool. For clear understanding of the discharging rate, measure once before connecting the battery to the device. And once after disconnecting.

While operating a device connected to the lithium-ion battery, you could feel the warmth generated from the battery as it’s an electronic device. But if you can feel the heat warmer than usual, it may be because the battery is overheated.

Overheating a lithium-ion battery can cause reasons like using it at a temperature higher than the manufacturer’s recommendation. Sometimes, the battery’s internal issues could also be the reason for overheating.

Don’t use the battery if you see it overheating. It’s an alarming sign that your Lithium-Ion battery is damaged.

You usually don’t check a battery connected to the device visually. When you can’t see it, the battery may get bloated if contaminated.

If you’re having issues with your lithium-ion battery, inspect the battery thoroughly. Right away, if you see a bloated battery, replace it immediately.

You can use a multimeter as a battery tester to test a lithium-ion battery. Follow the below steps to run the test.

Firstly, turn on the multimeter and set it to DCV 20 (DC Voltage 20). You set it to 20, which is considered the standard voltage to measure battery voltages.

Next, when you connect the meter with the battery, you’ll get the reading on the screen in decimal points after the first digit.

The next step is to connect the multimeter with the battery.

Connect the red wire with the positive side of the battery and hold it firmly.

Next, adjoin the black wire with the negative side of the battery and hold it firmly.

For a better lifespan of lithium-ion batteries, you must be careful about their maintenance. With better maintenance, you’ll get the best value out of your battery.

In some cases, if the battery isn’t damaged deeply, you can revive it by recharging. But if you find out a battery is way too damaged and bloated, it is suggested to replace the damaged battery.

Lithium-Ion batteries are well known for their quality, but they still can go wrong. Malfunctionality and improper maintenance can cause battery damage.

If you’re still reading, we hope now you understand regrding how do you tell if a Lithium-Ion Battery is bad. Although Lithium batteries are made with extreme durability and peak level quality, they also require proper maintenance.

While working with lithium batteries, make sure you know well what you’re doing.