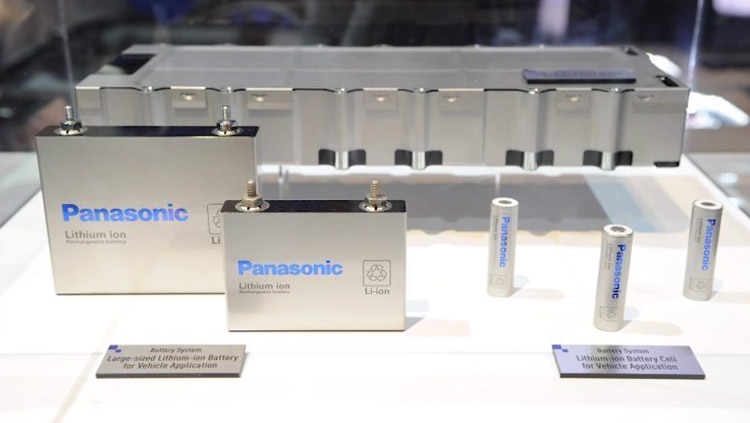 Li-ion batteries control 90% of the battery market. And they’re the most popular batteries for the last couple of decades. But the problem is they aren’t eco-friendly. Almost 2.2 million liters of water are needed to produce 1-ton lithium. They can also cause air pollution.

Is there any battery technology better than lithium-ion? Sodium, magnesium, and fluoride batteries are now gaining traction because they’re better for the environment.

However, there’s no assurance we’ll have proper resources to meet future demand. So, you need to think about better alternatives, a new technology better than Li-ion.

Is There Any Battery Technology Better Than Lithium-Ion?

Lithium-ion batteries are the most versatile and widely used battery technology on earth. But they aren’t perfect, as lithium batteries also have some drawbacks that make them less than ideal in specific applications.

Here’s a quick primer on the most popular battery types out there, how they stack up against each other, and what applications might be best for each.

University of Texas scientists have developed a sodium battery that’s stable, quickly rechargeable, and capable of providing more energy than a lithium battery.

Sodium battery has a higher Volumetric Energy Density (VED) rate of 250–375 W·h/L than Li-ion. Direct Current Round-Trip Efficiency (DCRE) of sodium battery is up to 92 %, the same as a lithium battery.

Na batteries also have good high-power performance, reliability, and recharging performance. Sodium batteries can provide 75-165 Wh/kg energy density. Its safety is also good and can be used in many applications.

Mg has been explored as a potential lithium metal replacement in batteries, but high-temperature battery performance remains challenging.

The anti-spill safety capabilities of magnesium also make it suitable for applications where battery damage could result in bodily harm or property damage.

Fluoride batteries enjoy a high energy density and have a high theoretical specific energy of 1922 kWh/kg, which is 800% more than Li-ion batteries.

Recently, fluoride batteries have been growing in popularity because they can be recharged within seconds and will increase the life of lithium-ion batteries.

The negative electrodes for fluoride batteries were sodium–fluoride (NaF) until the early 1990s, when significant concentrations of lithium and fluorine ions were reported to form during discharge.

Will Solid-State Batteries Outrank The Lithium-Ion Ones?

Solid-state uses solid material instead of electrolyte, including Lithium Iron Phosphate (LiFePO4), which can store more energy than lithium-ion batteries. In addition, they offer lower maintenance and safety risks by doing away with liquid electrolytes because the liquid is volatile and flammable.

According to Penn State, the novel thermally regenerative battery technology employs copper electrodes and ammonia as an electrolyte to turn 29% of the battery’s chemical energy into power. Ammonia electrolyte interacts with the copper electrode, unlike other batteries.

Most solid-state batteries fail to meet essential requirements, even though they take full advantage of solid materials as electrolytes. They’re low in energy density, which defines their capacity and ability to store energy.

However, glass batteries have a higher energy density than lithium-ion batteries. Also has a lower operating temperature of −20 °C (−4 °F).

The battery is much safer than Li-ion as they don’t use flammable liquid electrolytes. Instead of Lithium, low-cost sodium salt is used to make the battery. The charging time of this battery is shorter than other conventional batteries.

These batteries are mostly created using polysulfide or Lithium–polysulfide (Li–S) as the cathode. Polysulfide is insoluble in liquid electrolytes, thus making it a good candidate for lithium-ion batteries.

Lithium-sulfur batteries may outperform Li-Ion batteries while having a reduced environmental effect. These batteries can run a smartphone for 5 days.

The latest developments in battery technology empower people with their devices and personal electronics. Not so long ago, it was impossible to get a battery without any liquid in it.

Here are some new battery technology –

Researchers added multi-layered carbon nanotubes and tungsten. They bind to the copper anode to create a nanostructure.

When they coated the battery with other materials, it can be discharged at least 1,000 times without losing capacity and resilience. Nanoparticles enhance the electrode surface area, increasing battery power and reducing charging time.

The researchers developed a rechargeable solid-state battery with all of the advantages of a liquid battery, the ability to be recharged thousands of times without losing capacity and the ability to withstand high temperatures.

Because of its cheap cost, excellent safety, and ease of manufacture, zinc-manganese dioxide batteries have controlled the primary battery industry.

The cells are combined with zinc, manganese dioxide, and other materials. It has high power, low self-discharge at room temperature, and acceleration to its full potential in the first 10 cycles.

Lastly, the Zinc battery has a long cycle life of 1,000 charge-discharge cycles.

Its fragile and low melting point will cause it to leak, short out, and explode if there is a manufacturing defect. It’s unstable at high temperatures, so it can be dangerous if used in a car on a hot day. The chemicals in the battery are highly toxic and pollute the air.

Yes, lithium batteries are better than AGM. They’re more powerful and last longer than their counterparts. Li-ion batteries are safer and have the most capacity than AGM.

The average lithium-ion battery can last anywhere between 2-5 years. That means 2000 to 3000 cycles before it lost too much capacity to be usable.

The main difference between Lithium and lithium-ion is their cells. Lithium is a primary cell that can’t be recharged, while lithium-ion is a rechargeable secondary cell.

The Li-ion battery is the most common rechargeable battery for portable electronics and in much more extensive applications, for example, electric vehicles, portable power tools, and many others.

With so many advantages this battery has, have you ever thought of is there any battery technology better than lithium-ion? This type of battery offers something that is not offered by any other type of rechargeable battery.

However, battery technology is growing day by day. And new types of batteries are being invented. So another rechargeable battery may replace the lithium-ion one.