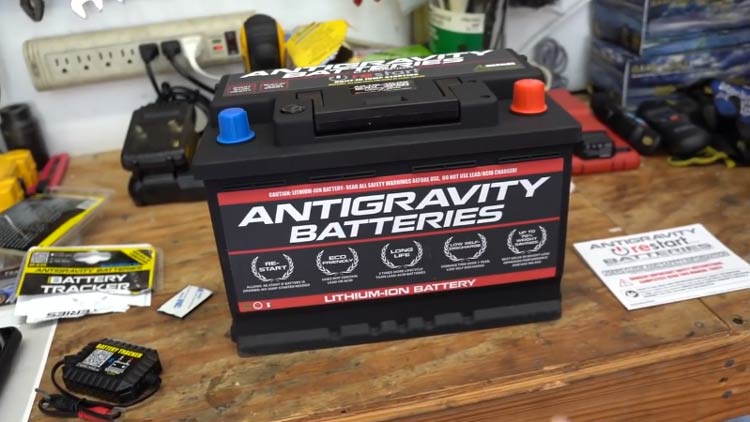 So, what are lithium-ion batteries? Lithium-ion batteries are rechargeable batteries that create electron flow that moves from anode to cathode. While the battery charges, lithium ions travel through the separator. In the course of a battery discharge, the ions go opposite.

What Are Lithium-ion Batteries?

In simple words, lithium-ion batteries are rechargeable batteries that survive a longer period. These batteries use lithium ions to create a flow between electrons that generates power.

Moreover, portable and off-grid power systems often rely on these batteries, which may be found in anything from mobile phones to home backup power systems.

However, electrodes in lithium-ion batteries may be made out of various substances. Common examples of this pairing can be seen in portable electronic devices like smartphones and laptops, where the lithium cobalt oxide cathode is paired with graphite anodes.

The History Of The Lithium-ion Battery

The beginning of the development of lithium-ion batteries started during the oil crisis in the 1970s. An English chemist called Stanley Whittingham started working on these batteries that can recharge on their own.

However, Whittingham failed on the project due to a short circuit which gained a lot of safety concerns. This is because he selected titanium disulfide and lithium metals for electrodes.

After that, John Goodenough started working on these lithium-ion batteries again in the 1980s. But this time, he used cobalt oxide as a cathode which can double the energy potential. And these experimental findings of Goodenough lead Akira Yoshino to try petroleum coke as a cathode which is a carbonaceous material.

And finally, this time, the world got the first successful lithium-ion batteries that are safer than the others. Though this was the beginning of the journey of lithium batteries in the 1990s, these batteries were gaining popularity and customer acceptance.

Moreover, Lithium-ion, although having a slightly lower energy density than lithium metal, is exceedingly safe if charged and discharged in accordance with the manufacturer’s instructions.

Some of the major manufacturers of lithium-ion batteries are given below:

There’s a variety of lithium-ion batteries available to fulfill the needs of different users, from primary power sources for portable electronics to spares for when things go wrong. Panasonic’s innovative battery technologies have reduced size and weight, allowing them to power a wider range of portable electronics.

In addition to their use in electric vehicles, these batteries are also key components of solar power energy storage systems and backup generators for mobile phone networks.

The firm is involved in the research, design, production, and worldwide distribution of nanoscale phosphate lithium iron phosphate cells and storage systems.

In addition, the firm is expanding its range of solutions for fully electric cars to satisfy current and future market needs.

This is one of the renowned companies that work in manufacturing and developing new energy high-power lithium-ion batteries.

Products and services can be used in a wide variety of high-power contexts, including but not limited to Electric vehicles, electric tools, energy storage, UPS systems, and more.

Moreover, its superior charging efficiency compared to that of Nickel-metal hydride batteries and its memory-effect-free performance has led to its widespread adoption as the battery for eco-friendly vehicles.

BAK Group has evolved from its origins into a new energy corporation focused on lithium-ion batteries, electric vehicles, and battery recycling.

The business owns upstream and downstream industrial clusters in China, including Shenzhen BAK power and Zhengzhou BAK Battery, which combine R&D, manufacturing, and sales of lithium batteries and electric vehicles.

Nevertheless, the corporation is headquartered in the United States, but it also has branches in Europe and India.

What Materials Are Used to Make a Lithium Battery?

Every lithium battery cell consists of anode, cathode, and electrolytes. And the manufacturer glued them together to get the required amount of voltage.

An anode of a lithium battery is made of oxidizing metal, whereas a cathode is made of lithium oxide. And that’s how a battery produces power by creating an electron movement from anode to cathode

With that being said, the anode should give off electrons and the cathode should take them. However, the electrolyte is often a lithium salt solution capable of conducting electricity. This lithium salt is what gives the battery its extra electrons to keep going.

Now here comes the elements that connect individual lithium-ion cells and make that large lithium battery that you’ll see on boats and other places. The purpose of this connection is to make the electron flow flawlessly.

Finally, a Battery Management System is included inside each battery pack. This crucial part keeps tabs on the battery’s temperature as well as each cell’s state of charge and discharge.

Lastly, battery cases are important to protect the crucial components of the lithium-ion battery.

The strong shell of the battery, often constructed of plastic, rubber, or silicon, protects the cells, and internal wiring from environmental factors that might compromise the battery’s ability to store and release energy.

How Are Lithium Batteries Made?

There are two major steps of the lithium battery-making process: cell manufacturing and battery pack assembly. So let’s check the details of the process.

To manufacture lithium-ion batteries, the first step is to develop the cell for batteries. This anode and cathode have to come from different assembly lines, so there is no cross-contamination. After that, the manufacturer will use a binder to mix both anode and cathode.

As a result, this will create a slurry. Later anode will be covered by copper foil and aluminum foil will be used for the cathode. The reason behind covering them with foil is that later in a special oven, these electrolytes will be baked for further procedure.

The next step is to connect the cell together and attach the terminals. After adding vents and other precautions, the maker next uses a vacuum to insert the electrolyte. As soon as the maker screws the case shut, the cell is ready for charging and testing.

After cell manufacturing, the next step in making lithium-ion batteries is assembling the battery pack. The cells are first welded to plates on the anode and cathode sides before being assembled into packs by the manufacturer.

Then it’s time for a quality check of the individual pack that too will be performed by the manufacturer and then pairs them to get the required amp-hours.

Now installing the packs inside a case and linking the case to the battery management system is the next step. However, lastly, similar to cell manufacturing, the battery pack will go through safety and reliability tests.

Here is the workflow of lithium-ion batteries.

Lithium-ion batteries provide a better power density, greater battery life, and a shorter charging time compared to standard batteries. When you have a basic understanding of how things function, you can get even more out of them.

Used batteries can be recycled, and the lithium extracted and put to new use. To now, recycling has been a novel, difficult, and expensive endeavor. Lithium batteries are a new, reusable technology. To protect our natural resources, we must improve battery recycling.

So far, you got to know what are lithium-ion batteries and other details regarding these batteries. Basically, these batteries are used in pretty much every device. Moreover, the lightweight and compact design add to its portability.

To conclude, these are fast recharging batteries that you’ll find everywhere. So if you’re still confused about these batteries, keep in mind the mentioned facts.