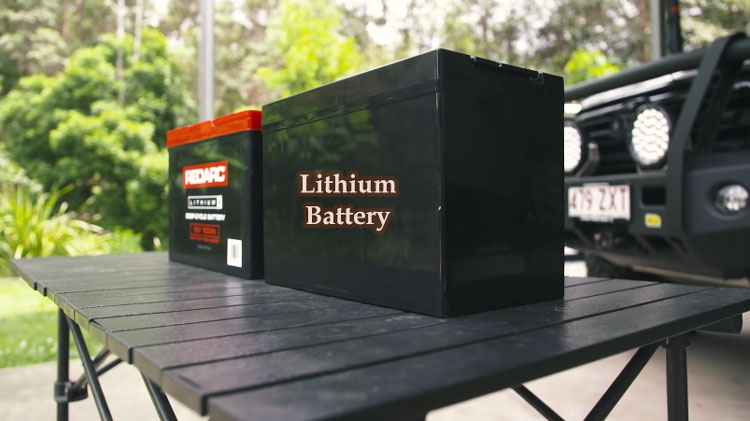 Among so power options out there, Lithium-ion batteries are swiftly building acceptance in many everyday items, including laptops, cellphones, power tools, as well as the vehicles they power.

But the question arises, why are lithium batteries more popular? In general, they are lightweight, durable, and have a high capacity. Additionally, they can be recharged quickly, which is important for devices that need to be constantly available.

In short, the nagging outcry over batteries comprises lithium-ion technology because they offer so many advantages over traditional battery types. So, the superiority of Lithium-ion batteries can’t be described in short. Hence, let’s have a detailed view.

Understanding The Chemistry Of Lithium-ion Batteries

Technically, the composition of Li-ion batteries includes lithium metal oxides in the positive electrode, where lithium ions can and carbon in the negative electrode. The electrolyte to be used in such a battery is lithium salts dissolved in organic carbonates.

While the electrolyte helps maintain these two elements in their correct positions and helps with the chemical reaction that powers the battery.

Lithium-ion batteries operate in two stages: they either discharge or charge. When the battery is charging, the cells from the positive to the negative electrode move against the reverse during discharging.

When giving them electrons by pumping electrical current into the system (recharging), they will migrate from the positive electrode to the negative electrode.

Once routed on the other side of the battery, they acquire negative energy they lend to the system. That’s when I call the battery is charged.

Why Are Lithium Batteries More Popular?

Lithium battery technology has progressed a great deal in recent years, leading to increased popularity. As I mentioned earlier, Lithium-ion batteries have many advantages over traditional battery types, making them more popular than others. Now it’s time to dig deeper.

Among all the advantages of lithium-ion battery technology, the most important is that the battery has a high energy density.

The energy density of a battery refers to the amount of energy that can be stored in a given volume. This is important because the more energy a battery can store, the longer it can last between charges.

With many of today’s electronic gadgets demanding recharging more often while needing more energy to run, there’s a continuing need to develop battery technologies that offer a greater energy density.

NiMH battery technology is not entirely suited to the requirements of a smartphone, so it’d be difficult to find the same quantity of charge using this technology.

Besides this, many high-impact battery-powered technologies exist, such as power tools and electric vehicles.

Another important advantage of lithium-ion batteries is the fact that they do not require and deal with upkeep to ensure their performance. Nickel-cadmium cells require a periodic discharge in order not to experience the memory effect.

This does not apply to lithium-ion batteries and cells. Consequently, once a battery is fully charged, it will maintain that level of charge even if it’s not used for a while.

Lithium-ion batteries also have a long life expectancy, meaning that they will not need to be replaced as often as traditional battery types. In addition, they can be discharged and recharged many times without losing their charge.

This makes them ideal for devices that need to be used frequently, such as smartphones, laptops, and power tools.

Rechargeable batteries have a shelf life. This is the time it takes for the battery to lose its ability to hold a charge. Generally, the shelf life of a battery depends on how often it’s used and how well it was cared for when it was new.

However, compared to other rechargeable batteries, Lithium-ion batteries have a longer shelf life. The key reason behind lithium-ion battery having such a long shelf life is because it contains little material that can degrade over time.

This characteristic is because lithium-ion is an ionic compound, which means that it consists of atoms that are held together by electrical forces.

In contrast, most other types of batteries contain materials that can break down over time, leading to decreased performance and potential safety hazards.

Lithium-ion batteries have a lower self-discharge rate than nickel-cadmium and nickel-metal hydride batteries.

This is likely due to lithium’s ability to store more charge than other batteries, allowing it to retain its power for longer periods of time between charges.

Moreover, The chemical reaction that creates electricity in the battery causes electrons to escape from the anode and flow through the electron, transporting material to the cathode.

The voltage produced by each individual lithium-ion cell is on the order of 3.6 volts. This advantage provides a multitude of advantages.

The voltage of standard nickel-cadmium, nickel-metal hydride, and even alkaline cells at somewhere around 1.5 volts, and lead acid at around 2 volts per cell, which are visibly lower than lithium-ion cells.

Since each cell of Lithium-ion batteries has a higher voltage, they have to depend on fewer cells in several battery applications. Only one cell is enough to keep powering a smartphone.

One of the reasons lithium-ion batteries have higher cell voltage than nickel-cad and nickel-metal hydride batteries is that lithium-ion cells have a higher theoretical capacity (mAh/g).

Additionally, lithium-ion cells are able to pack more energy into a smaller space than nickel-cad or nickel-metal hydride cells.

No Priming Is Necessary

Not all rechargeable batteries provide their rated quality, and they must be formatted. This formatting is known as priming.

While this circumstance is common for almost all types of batteries, Lithium-ion batteries stay outside the rule.

According to the official statement, these batteries are always in good condition from their first seconds of life and do not need to be primed.

There are several sorts of lithium-ion cells available. This advantage of lithium-ion batteries means that the proper technology can be used for the particular application needed.

Therefore, Lithium-ion batteries perform well in a wide range of applications – from portable electronics to electric vehicles. This means that they’re often the right choice for devices that need to be versatile and dependable.

Lithium-ion batteries are characterized by the fact they don’t contain hazardous metals such as cadmium or lead like some other batteries that could have utilized toxic metals to a huge extent. That’s the reason why they are considered to be a non-hazardous waste.

Due to their charge cycle, lithium-ion batteries can be used until about 10 to 20 percent of their current capacity remains, in contrast to lead-acid batteries, which can provide this control for prolonged charging and discharging. In addition, due to the opportunity charge, a user can bring the battery in at work to charge at the end of the day, without needing to charge the battery more than before they start working the next day.

Lithium batteries have no limitations or even guidelines as to the number of times they can be recharged. Standard manufacturers can discharge and recharge batteries at least 500 times, and the capacity is maintained at more than 80% of the initial capacity. If once per day, a battery is charged and discharged, then it can be used for two years.

At this point, you might have got an idea about why are lithium batteries more popular? Even though no technology is 100% perfect, lithium-ion batteries are so far a safe and reliable option for powering electronic devices.

They last longer than traditional battery types, and they’re becoming increasingly common in devices across the spectrum. So whether you’re looking for a battery to power your phone or a laptop, lithium-ion is a great choice.